Fire a Trigger When User Changes an Input Field 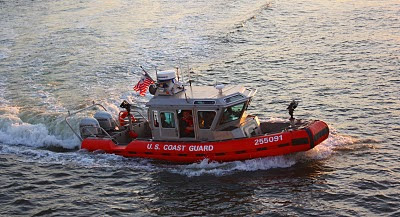 Prior to the introduction of Input Fields there was no need for a trigger that would fire when loaded data changes. Because the only way that data could change was to reload it. But, when the QlikView document uses input fields then some of the data can be changed by the report user. The input fields feature allows data to be changed in list boxes, table boxes and some charts and can be very useful.
I helped advise a project that needed to know when data was changed by the report user because they had to apply custom logic for splitting the change from a summary level to detailed level. The solution was to use a variable containing an expression that looked something like this =Sum(sales_forecast) Then, a trigger was defined that would fire when the value of the variable changes. QlikView would evaluate the expression when the data changed and the trigger would fire causing a macro to execute which did the customized data split.
That solution worked well with QlikView 9.0 SR2 but when SR3 was installed on the computer then the trigger no longer fired. Without that trigger there is no way to run a macro when the data changes (if anyone knows of another way to fire the trigger when input field data changes please leave a comment below). The project is currently using 9.0 SR2 and everything works fine but they cannot upgrade to a later release unless this issue is solved for later releases.
[October 4, 2010 Note: The problem seems to be fixed in version 9.0 SR 6]
★ ★ ★
Posted by -TB

Email ThisBlogThis!Share to TwitterShare to FacebookShare to Pinterest
Labels: trigger

I realy need a fix for this problem. Something new to it?

We heard that a fix for the problem is being tested. It hasn't been released yet.

thx for the info. I am still looking forward to it. See http://community.qlikview.com/forums/t/33069.aspx for my simple example for testing.